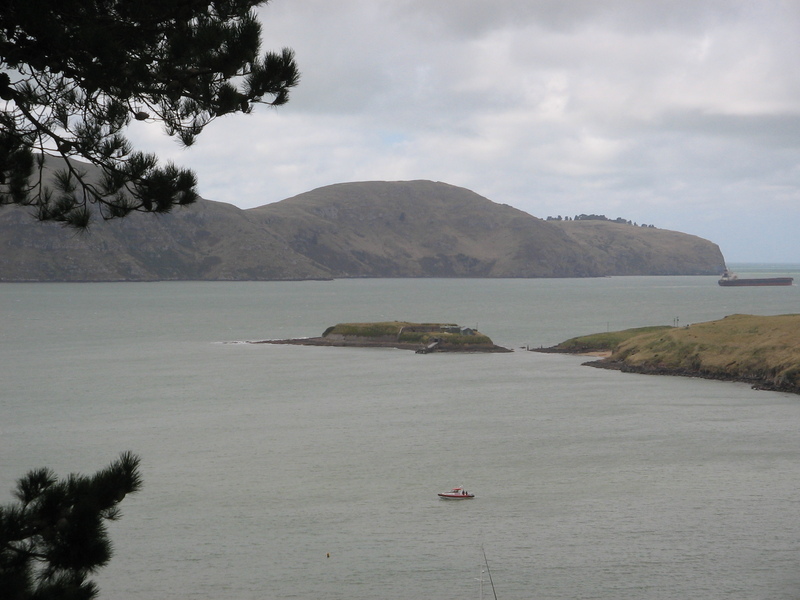 'One of the officers, speaking of military detention, said that, when they got the boys into the forts, they would break their hearts. They tried.'[1]

Ripapa is a small, relatively unremarkable island situated in Lyttelton Harbour. However, peer a little more closely and the island reveals a rich history. It can tell stories of Maori tribal use; Russian scares; immigration; and military detention.

A fortified pā was built on the island in the early part of  nineteenth century by Taununu, a  Ngāi Tahu chief. Indeed, Ngāi Tahu would occupy Ripapa until around 1832, when the chief Te Whakarukeruke left to help defend Kaiapoi against Te Rauparaha.[2]

In the 1880s, rising tensions between the British and Russian empires compelled New Zealand to fortify its main ports; alongside three other strategic spots, Ripapa was chosen to form part of Lyttelton’s defences, and Fort Jervois was built upon it.[3] 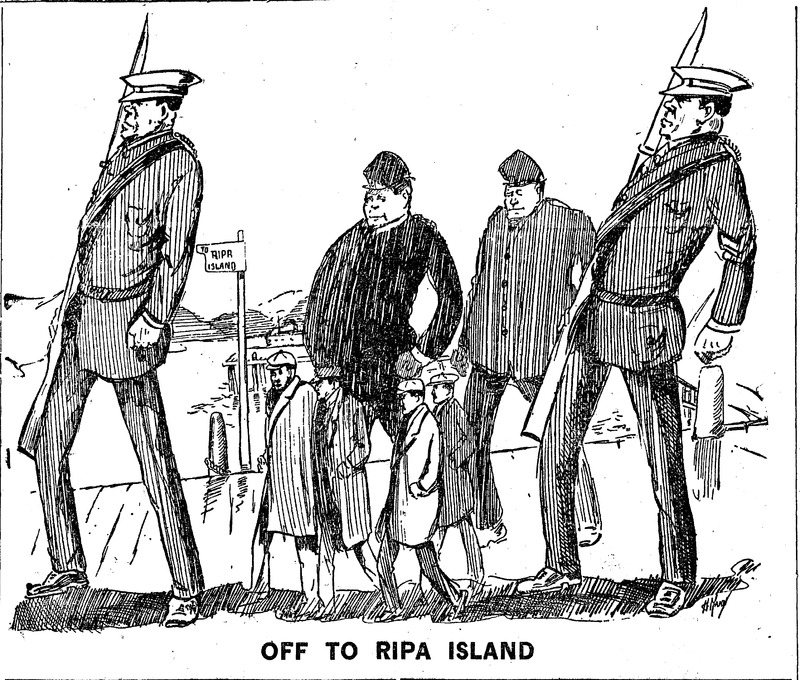 Thirteen young passive resisters, some from Christchurch and some from the West Coast,  were transported to the Fort in June 1913.[4] They were Reg Williams; James Nuttall; Tom Nuttall; Bill Robson; Bob and Jack McTaggart; James Worrall; Ted Edwards; Edward Hannam; Walter Hooper; J. Coppersmith; Henry Guthardt; and H.W. Thackwell.[5] Initially, it seemed as if the young men's imprisonment was not going to be the draconian nightmare the government may have been hoping for. Reg Williams wrote that:

We were living excellently and enjoying ourselves. The food was good and there was plenty of it. We all lived in the barrack room, and a very happy family we were...the work that we did consisted for the most part of cleaning and sweeping our quarters, wash-house, yards, lavatories, etc.[6]

However, Fort Jervois was still a military barracks, and therein lay the rub: it would only be a matter of time before the anti-militarists were asked to perform duties that clashed with their principles.

On 30 June 1913 the resisters were asked to clean weapons. They refused, and were placed on half-rations.[7] A hunger strike was proposed and 'eight voted for it, four against, and one did not vote. This decided the matter'.[8] That evening at dinner, ten of the men refused to eat, and the hunger strike was on.[9] An ad-hoc military court was set up in the fort’s kitchen, and the men were duly charged with insubordination. All 12 resisters were sentenced to an extra week’s incarceration.[10] 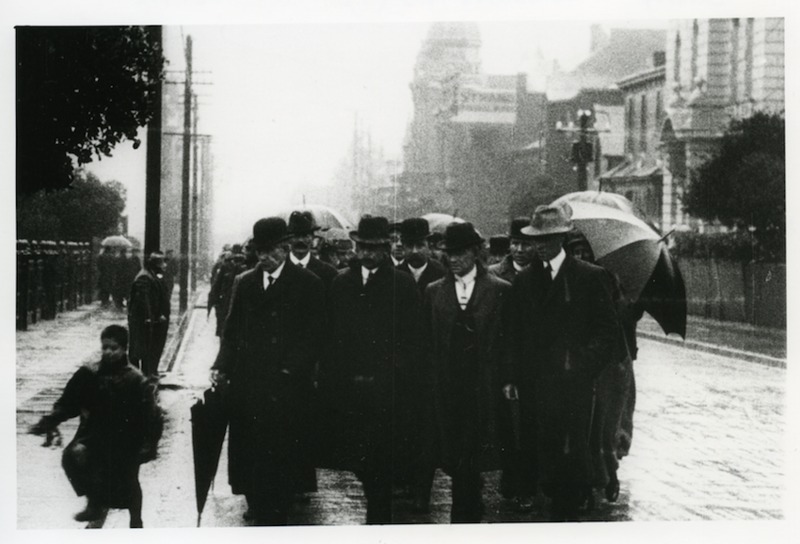 Four hundred members of the Unity Congress marched on Parliament after the letter from the young men incarcerated on Ripapa Island was read out to their meeting in July 1913. A deputation from the Congress also had a meeting with the Prime Minister.

Williams and Worrall hastily sent a letter off to Fred Cooke, who was in Wellington attending the Labour Unity Congress, describing the situation on Ripapa and ‘demanding a public inquiry’.[11] The Unity Congress arranged to meet with the Prime Minister, William Massey, immediately. Upon questioning from the Congress, Massey assured them that the ‘Minister of Defence and the Government will institute a most searching inquiry into the statements made’.[12] Bob Semple demanded that ‘the boys…be taken off the island immediately'.[13] However, Massey refused to budge on the issue of conscientious objectors: ‘[m]y difficulty is finding who the conscientious objector is. The reason we did not include the conscientious objector in the [Defence] Act last year was because we thought a great many shirkers might pose as so-called conscientious objectors, and we did not wish to let the shirkers go.’[14]

On the 25th of July, the Ripapa Island passive resisters published a manifesto in the Maoriland Worker. ‘We are determined and united; we are pledged to uphold to our last breath the honour of our cause.’[15]  Some of the men were released at the end of July, and commenced a speaking-tour of New Zealand, attracting over a thousand people in both Wellington and Auckland.[16] Others continued to be detained on Ripapa. James Nuttall wrote from the island nearing the end of September that ‘seven boys were discharged last week…McTaggart goes out next Friday…and [I] will be released in a fortnight, after serving three and a half months’.[17] He struck a resolute note at the end of his letter, writing that: ‘We are fighting here, and hope you are doing likewise outside, because we realise that New Zealand must at all costs be freed from the clutches of this jingoistic monster, conscription.’[18]