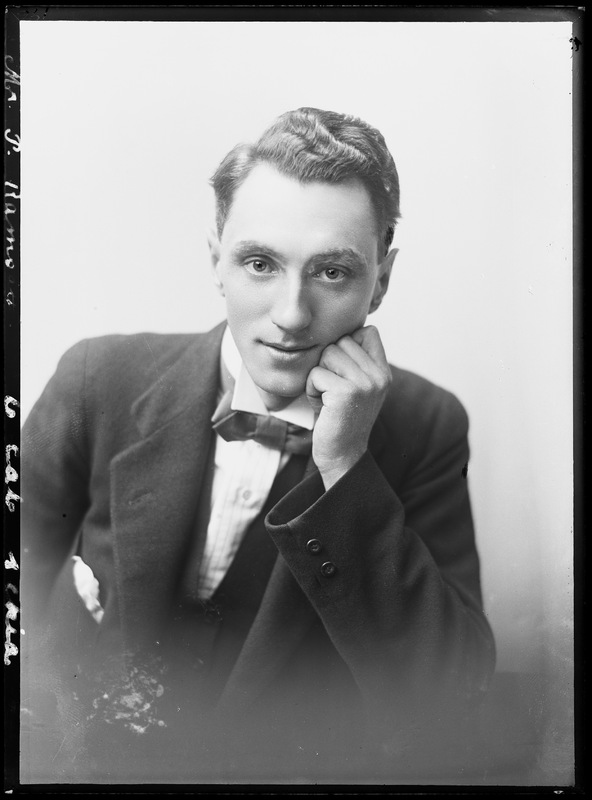 'We are not going to go. They cannot make us go. We are prepared to take all the penalties of the law and all the punishment they can fix on us rather than break our principles for which we have stood up for so many years in the Labour movement. . . I am not going to Trentham. They may take me there, but when they get me I guarantee they will never make a soldier of me. I have the courage of my convictions. I have been a member of the peace movement since I was fourteen and a half and I am not going to give up the principles for which I have fought for so many years for the class to which I do not belong.’[1]

Peter Scott Ramsay, president of the Christchurch Grocers Assistants' Union was among the first men drawn in the ballot when conscription was introduced. His response was to say that 'it was not his intention to apply to the Military Service Appeal Board for exemption. He was, and always had been, opposed on principle to war, and he had stated that very clearly on his National Register form’. He was reported in the Sun as saying: ‘As I cannot under any circumstances accept service it would be a farce for me to go before it, knowing that I could not submit to its decision’.[2]

The following month he spoke to a meeting – a 'glorious crowd' in the Socialist Hall – telling them why he was rejecting conscription. There was a great response from the crowd to his defiant proclamation: ‘Come weal or woe, I am not going to the front’.[3]

Ted Howard, who wrote regularly for the Maoriland Worker under the pseudonym ‘The Vag' devoted a column to Ramsay whom he described as 'one of our most promising young Socialists'.

Ramsay was born in the Shetland Isles in 1890 and joined the socialist movement in 1905. As a grocer's assistant he joined his trade union, and was a delegate to the conference that launched the British Socialist Party. He arrived in New Zealand in 1912 and immediately joined the NZ Socialist Party. He had, according to Howard, above average ability as an organiser, a good personality, a cheerful disposition, and a happy knack of making friends. He was a founding member of the Anti-Conscription League, and then president of the league under its new name, the Christchurch Conscription Repeal League.[4] A Truth reporter described him as clean shaven and well dressed, 'an earnest and virile speaker, though somewhat given to drifting from his real subject'.[5]

He was arrested in January 1917 and charged with seditious utterances in Victoria Square and in the Socialist Hall. When his case was heard on 2 February the public gallery was full and there were numerous people, including women, standing in the body of the Court. Ramsay put up a spirited defence asking that the whole of his speeches be read to show that the remarks were not seditious when read in context. The Press reported ‘[a]pplause which was at once suppressed’ in response to Peter Ramsay’s defence that: 'It was the height of hypocrisy for men to be punished for preaching peace in this so-called Christian country.'[6]

He also compared the situation in New Zealand with that of Great Britain where he said conscientious objectors had been provided for and anti-conscription speeches were permitted by law. By contrast the Press reported Peter Ramsay’s claim ‘that what ideas he possessed he had the right to express, and those who prevented him doing so were intellectual robbers’ Ramsay was critical of New Zealand government and law arguing:  'The New Zealand law interfered with free speech, and what he claimed was the freedom of thought and expression.… A twentieth century government ought to know that they could not make people believe anything by force’.[7]

Ramsay received an 11 month sentence, the Crown Prosecutor making it clear that Ramsay was still considered a soldier of the Expeditionary Force and at any time during his imprisonment the Government could take him into camp and enforce military obligations upon him. The prosecutor made this statement because there was an impression that some of these men believed ' it would be safer in gaol than in France'. At the end of the hearing there was a demonstration from Ramsay's supporters outside the court, with singing of the Red Flag and cheers as the police van moved away.[8]

Ramsay appeared in the newspapers again the following May. After he had served his sedition sentence a warrant was issued for his arrest for failing to parade, and he had immediately gone 'to a little known part of the South Island'; a later report shows that he had been spotted with other objectors at Glenorchy. On his return to Christchurch he was taken ill and when he reported to the military authorities was given leave until he was well enough to be examined.[9]

On a happier note, Ramsay was married to Jessie Sladen in the Linwood Congregational Church in August 1921, and in 1922 was reported to be in charge of a fund-raising campaign at the church.[10]

← Ted Howard: A champion of the working class
Fred and Harry Cooke: The father and son who stood up for socialism →
Peter Scott Ramsay: Long-standing member of the peace and labour movements defies conscription