The Labour Legacy: A different war? 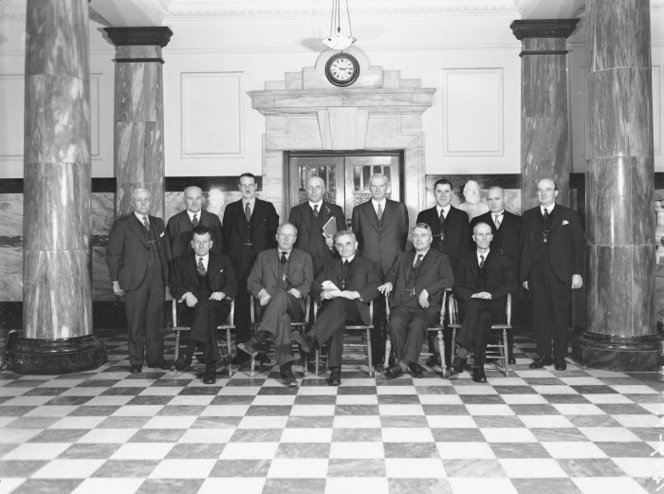 'I know there is an organised effort to prevent speakers saying what they think, but I’m going to say exactly what I think. I am anti-conscription and also anti-war.' — George Wears Samms, 1940.

'I do not want to create panic or scare people, but we have to either take the threats on our safety lying down or stand up and fight.' — Bob Semple, 1940.

The conscientious objectors and seditious socialists who had been—in the eyes of the law and of mainstream New Zealanders—considered to be at best unpatriotic and at worst cowards, would go on to make up a not insignificant number of the First Labour Government. Their socialist convictions may have resulted in incrimination, incarceration and ineligibility to vote for ten years, but these very same, strongly-held and readily-espoused ideas would become the building blocks of the socially-democratic state we now take for granted.

Once Labour came to power it embraced Keynesian economics and established a welfare state. Labour raised state-spending to stimulate the economy. They introduced free education, free healthcare, pensions and unemployment assistance. They built state housing, and set regulations around private-housing standards. They introduced a minimum wage and compulsory trade unionism, they raised the top tax rate, nationalised industry and doubled the family allowance. This led to a much higher standard of living for New Zealanders, and to a corresponding, and very significant, rise in the health and well-being of New Zealanders.

However, the threat of fascism in Europe and the outbreak of World War Two brought the Labour government, both as socialists and as part of the British Empire, into engagement with the reality of war. Prime Minister Michael Joseph Savage insisted that:

with gratitude for the past and confidence in the future we range ourselves without fear beside Britain. Where she goes, we go; where she stands, we stand. We are only a small and young nation, but we march with a union of hearts and souls to a common destiny.[5]

In 1940, Peter Fraser introduced conscription, and the Labour party split. 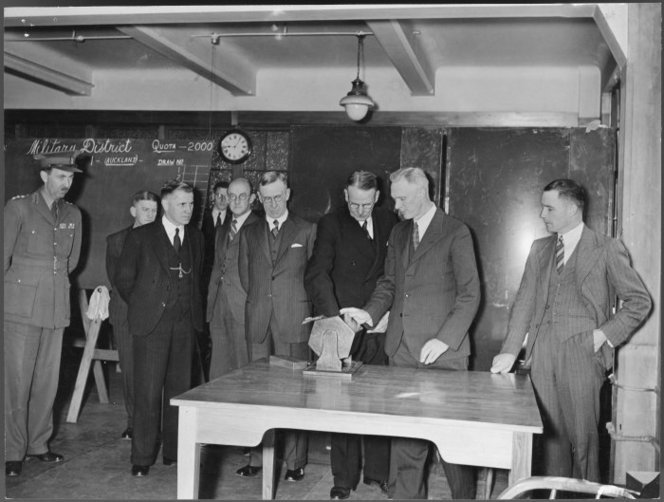 In Christchurch, George Wears Samms resigned as president of the Labour Representation Committee and began speaking out publicly against the war and the government. He fell out comprehensively with his friend, Peter Fraser. George's son Keir was charged, fined and lost his city council job, for throwing his rifle into the Avon River. Fraser and Semple were accused of hypocrisy, members resigned, and again the moral challenge posed by conscription became a point of political and social division in Aotearoa New Zealand.

← Fred and Harry Cooke: The father and son who stood up for socialism
John and James Roberts: Socialist brothers against conscription →
The Labour Legacy: A different war?