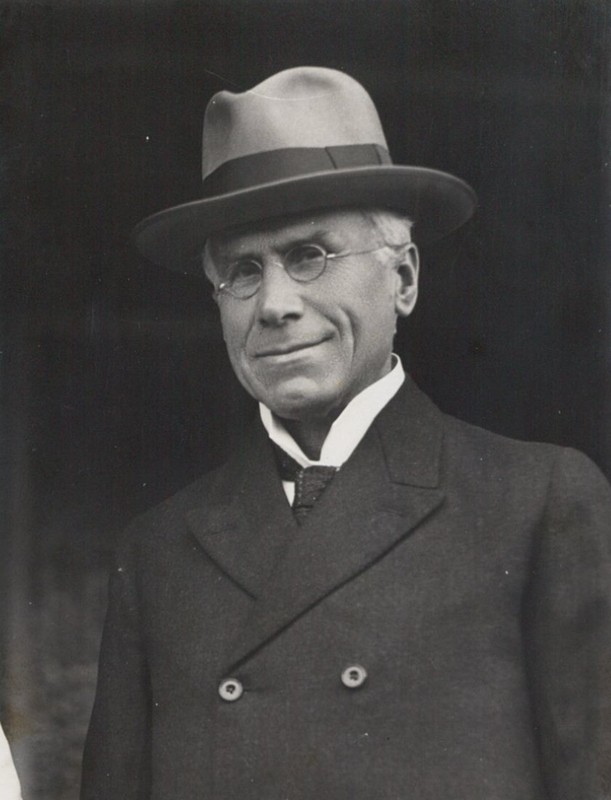 ‘We of English blood claim that our land is great, because she has so far fostered every variety and diversity of religious belief, and has maintained in a peculiar degree the sanctity of the home. These sources of national strength seem to many of us jeopardised by the Defence Act…. This Act dishonours the Commandments.’[1]

Ellen Howell was a courageous worker for peace and social reform, not afraid to take a public stand. A letter she wrote to the Press in December 1912 was critical of the Defence Act and of a Magistrate who had ridiculed a conscientious objector who opposed military training:

It has been said that we are civilised, but not humanised; and it is to the women that we look to bring about the humanising of civilisation. Yet when this refining, softening, influence, which your organ so frequently acclaims, is manifested in a son's life, it is held up to ridicule. This Act dishonours the Commandments.[2]

Married to John Howell, the director of the Christchurch Technical College, both Ellen and John were active members of the National Peace Council (NPC).[3] When Charles Mackie, Secretary of the NPC went on a tour of several South Island towns in 1912 he left Rose Atkinson and Ellen Howell in charge of the NPC office. Rose Atkinson reported to Mackie, ‘Mrs Howell has been doing excellent work and I have been trying to help her’.[4]

Their work included sending copies of Robert Laing's book Shall War and Militarism Prevail? to Methodist Churches, responding to requests for peace literature, writing letters to Members of Parliament and attending court hearings of the young resisters and objectors.[5] 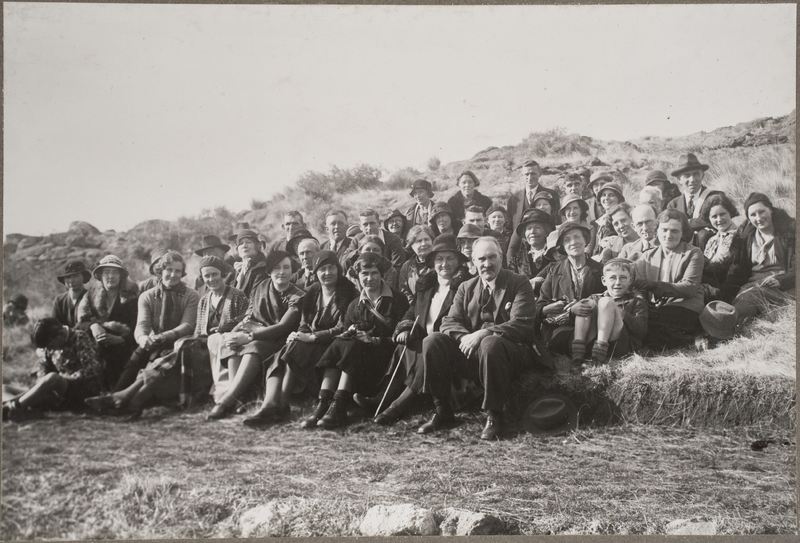 Robert Laing, pictured here with a group from the WEA on a field trip in the Port Hills, was the science master at Christchurch Boys' High School

Ellen Vickers Wheeler had married John Howell, at Redland, Bristol on 8 September 1894. John Howell who was both an arts and science graduate was senior master at the Strand School, King's College, London, from 1894 to 1899 followed by a position as science master at the Aberystwyth  county school. The couple arrived in Auckland in 1901 where John had been appointed science master at Auckland Grammar School and moved to Christchurch in 1906 where John transformed a series of technical evening classes into a highly regarded and successful full-time technical college.

Mary Scott a teacher at the Christchurch Technical College described Ellen Howell as ‘charming and original: She was ‘a great character in her own right – small and gentle, whimsically and incurably humorous; an intellectual of strong personality under a deceptive appearance of fragility; her husband’s support and counsellor in everything’. Another said: ‘Mrs Howell was a revelation to us. She was a beautiful woman, slight and graceful with dark eyes and hair; and she wore gowns with flowing skirts [again] in aesthetic colours, mustard, soft lemon or dull olive green’.[6]

John, but not Ellen joined the Society of Friends (or Quakers) in Christchurch in 1906 and in 1917 was appointed the official visitor to Quakers imprisoned as conscientious objectors. With their English contacts the Howells became the means by which funds from Quakers in England supported the work of the National Peace Council in Christchurch. Numerous items of correspondence in the Mackie papers relate to this regular financial support received by the NPC via John Howell. Charles Mackie even turned down an offer of further assistance in March 1913 because he did not want to employ an assistant for the office, saying that the voluntary workers were willing to meet any extra strain.[7] When the Howells visited the USA, Canada, England, Ireland and Australia in 1914 to study educational systems, Charles Mackie wrote to them ‘Our work here is progressing splendidly….We all miss you Mrs Howell at our meetings.’[8] 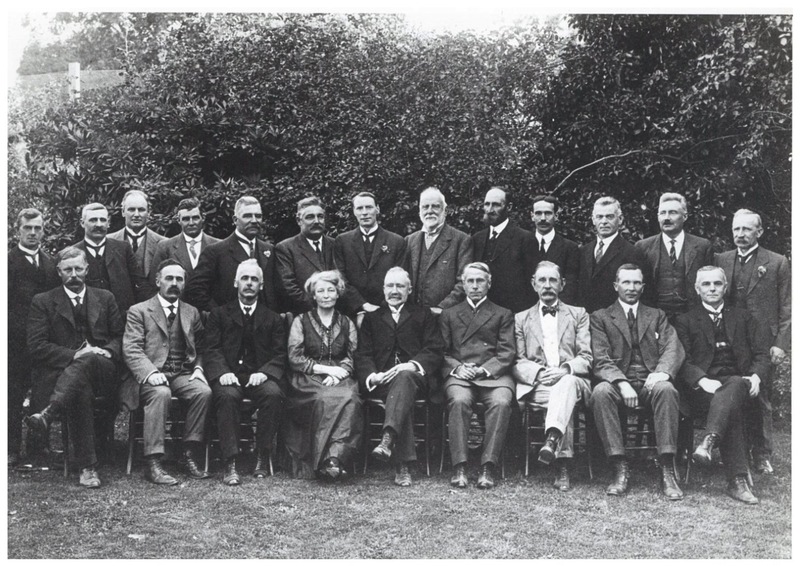 John Howell, seated front row, fourth from right with the board of the Christchurch Technical College, 1917.

When an employee at the Technical College, Noel Goldsbury, a Quaker, was imprisoned for his religious objections to conscription in 1918 John Howell was accused of influencing Noel Goldsbury and of influencing the Board when it granted Goldsbury leave of absence. The degree of hostility in the wider community towards anyone known to be associated with a pacifist stance can also be seen in other attacks made on John Howell at this time. He was criticised for not giving the Technical High School a holiday when Bulgaria surrendered, for not flying the flag on the same day and for continuing to pray for the enemy as part of the College’s daily assembly. He was also very much opposed to a resolution passed by the Board which asked the Director to prepare a list of children of alien enemies attending the College.[9]

John Howell was the official visitor to Quakers, who were in prison as conscientious objectors during World War I, and during the Second World War. While he was living in Wellington, he supported Quakers objecting to military service at military service board hearings and regularly visited and assisted interned aliens imprisoned on Somes Island in Wellington Harbour.[10]

John Howell died in 1944 survived by his wife Ellen.

[9]‘A Warm Discussion: Technical College Affairs: the Goldsbury Case Again’, Sun, 8 February 1919, p.9; ‘Personal Statement of the Director with regard to matters that have been brought before the Board or the public purporting to reflect upon his administration’ 28 January 1919, Roth, Herbert Otto, 1917-1994: Papers, Pacifism in New Zealand, 82-213-05, Alexander Turnbull Library.